4 Key Things To Note When Attending A Roman Catholic Funeral 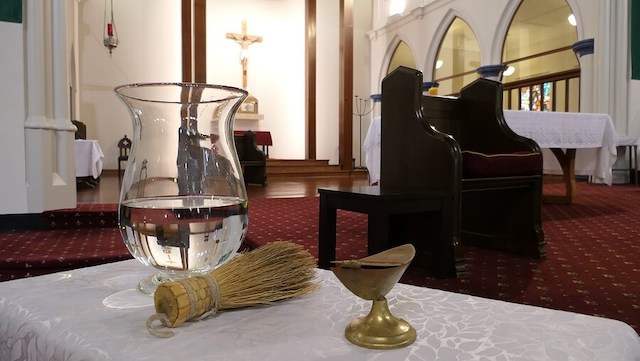 Funerals of different faiths tend to be carried out differently in terms of rites and traditions. Roman Catholic funerals, in particular, are known to be complex due to the numerous prayers and rituals. Hence, it could be understandable that we would not know what to expect when asked to attend one.

Even though Roman Catholics may hold funeral services differently from other religions, ultimately, funerals give us a platform to remember and honour the deceased loved one in our lives. If you are going for a Roman Catholic funeral, here are the key tips to bear in mind as you prepare for it.

For an occasion as solemn as a funeral, it’s crucial to know the expected attire – including what is relevant and what might be frowned upon. As the atmosphere for Catholic funerals is primarily sombre, black is usually the colour choice for funeral attire. For men, most would wear a black collared shirt. Female funeral-goers would usually go for a black skirt, a dress or pantsuit. If you do not own black attire, it’s also fine to go with dark-coloured, formal clothes as a form of respect.

Most catholic funerals are held in the Catholic Church that the deceased used to attend mass service at. However, the family could also choose to hold the funeral at a funeral home. Additionally, a catholic priest rather than a funeral director usually leads the service.

Taking care of the dead

In recent years, besides burial services, many Roman Catholics also opt for cremation services. Traditionally, most Catholics prefer ashes to be placed in an urn and kept at a columbarium rather than scattering the ashes. As part of the belief, Catholics see death as the passing of the soul from the physical world into the afterlife.

In preparation for the funeral mass, the bereaved family prepares either a Bible or a cross to place over the coffin, as well as flowers, cards and photos to be near the casket. The mass would entail giving readings from the Bible and Holy Communion – a sacred rite where baptised Catholics partake in. After which, the priest recites sacred prayers, sprinkles holy water and incenses the coffin as a farewell hymn is sung.

Lastly, we have the committal, where the funeral mourners will accompany the coffin to the gravesite. Likewise, this sequence entails a time of prayer for the deceased. If the family has opted for the body cremated, the committal takes place in the church instead.

Before attending a Roman Catholic or other religious funerals, it’s best to note the rituals and practices to expect. Especially for funeral services with various rites, being aware of the differing customs is crucial in offering your condolences with the utmost respect.