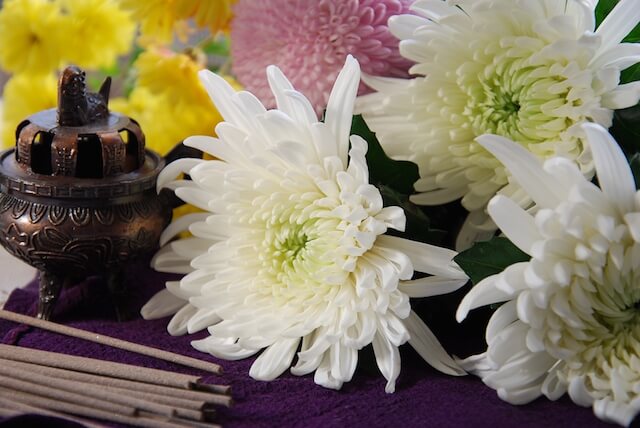 Differing cultures and religions have their own set of beliefs and rituals. Like most religions, Buddhists believe in the idea of life after death but not quite like the Abrahamic faiths. According to the concept of Samsara, one has to go through a cycle of death and rebirth before they can attain enough good karma to achieve the ultimate spiritual freedom: Nirvana. A Buddhist funeral ceremony has specific rituals that make them unique.

The three schools of thoughts

Buddhism, as with many other ideologies and religions, has several schools of thoughts. The three main branches include Mahayana, Theravada and Vajrayana. Different countries and communities favour one branch over the others; for instance, the Theravada school is practised by the majority of the Buddhist devotees in Thailand, Myanmar and Sri Lanka.

In a 2015 poll, Singapore has about 2 million Buddhists. Whilst Mahayana Buddhism has a majority Chinese following, the other two schools of Buddhism are also practised in Singapore.

As with several other customs, these three schools have very different funeral rituals and practices. However, one fundamental belief remains: Samsara. For non-arhats, those who have yet to reach nirvana, their deaths are seen as a transitionary period. Rather than the end, this procession is seen as a merit-transferring ceremony.

In Singapore, Mahayana funeral service usually lasts for at least 3 days, but it is not uncommon for services to last up to a week. Typically held at the void decks of HDBs, funeral parlours and funeral halls are also an option.

You can expect to see Buddhist monks chanting religious scriptures for the soul of the deceased. During the procession, the Amitabha Sutra is typically recited – it is worth to note that Amithbha should be mentioned during the death rites. Some families will play pre-recorded chants whilst the casket is carried.

More so due to Chinese culture rather than a religion custom, devotees will also burn paper offerings. Family members and friends usually make these paper offerings and as they burn, family members will pray and chant to wish the deceased spirit well.

In Singapore, Buddhists are given two options: cremation and burial. The majority will opt for cremation to follow the footsteps of Gautama Buddha. The ash will be stored in an urn and placed in a private temple or columbarium.

Similar to the other two schools, a funeral procession aims to give the deceased blessings, merit and support as they transition to another life, if they have yet to reach nirvana. As a form of support, Vajrayana believers will chant prayers, mantras, Buddha’s name and the Bardo Thodol (liberation through hearing). Since the Bardo lasts for 49 days, these rituals are set to last for the same duration.

There is also a sizable group of people in Singapore that practise Theravada Buddhism, including locals and new immigrants.

Most Buddhist funerals share the same common basic features with a few variations. One variation is the type of scripture chants. Unlike the Mahayana where the monks will chant the Amitabha Sutra, Theravada monks will chant the Abhidhamma Sutra. The rites for a Theravada Buddhist funeral should be simple yet meaningful and begin with the going for refuge as well as the observance of the Five Precepts. Another variable is the offering of cloth to monks on behalf of the deceased. This cloth symbolizes the discarded rags or shrouds the monks used as their robes during the time of Gautama Buddha.

Visitors who are present at the wake should contemplate on the impermanence of life and radiate loving kindness to the family members of the deceased. In some customs, an hour-long sermon will be held for the surviving relatives and friends, a week after the funeral.