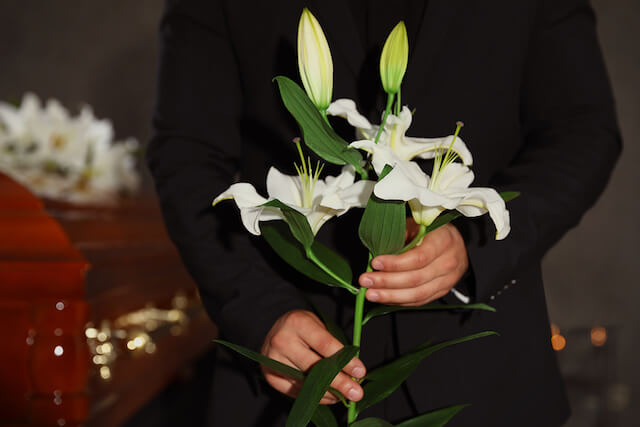 When attending a funeral, there are various cultural and religious practices, associated with funeral services in Singapore, that you may not be aware of. As you are at the funeral to express your condolences and show respect to the deceased’s family members, it would be important to understand the relevant funeral etiquette. We’ve put together some quick tips to help you be prepared on what to expect and exude dignity and respect when attending a funeral service.

Christian and Buddhist funerals share some similarities as the families typically hold a wake for the deceased for a period between 2 to 5 days. The wake can be held at HDB void decks or funeral parlours. If it is held at the void deck, a white tentage would usually be the choice for a Christian wake while a Buddhist wake often includes a yellow tentage. After embalming, the deceased is placed into the casket and transported to the wake venue. You may also see pallbearers carrying the coffin into the funeral venue or transporting into the hearse. The wake venue is also where people will come to offer their last respects to the deceased.

What happens in a Buddhist funeral?

Upon arriving at the venue, mourners should approach the altar and spend a quiet moment to pay respect to the deceased. It is appropriate to light a single joss-stick and give a bow with your hands together in a prayer position. Reflect for a moment at the altar, then you may begin to sit. At the altar, there is often an image of Buddha, incense, flowers, candles and fruits. Mourners can present the bereaved family with flowers, wreaths and fruits to be placed alongside the decorated altar.

Chanting may take place and be led by Buddhist monks or laypeople, or a pre-recording may be played at the wake. Mourners should join in the chanting, or remain silent for those who are unfamiliar with the chants. Head coverings should be removed during prayer or sermon delivery. All attendees should stand when the monks stand, and in general, no one should be sitting higher than the monks. Family members usually dress in white but guests can choose to wear dark conservative clothing.

What happens in a Christian funeral?

In a typical Christian funeral service, scripture readings, prayers and hymns are read and sung throughout the wake. Guests are encouraged to read or sing along when it’s appropriate. The minister will then end the service with closing words. If there is an open casket viewing, you can say some parting words or a short prayer to the deceased. Thereafter, the coffin is placed into the hearse to be transported to the burial or cremation site. Mourners usually attend Christian funerals in conservative garments in dark, sombre colours.