The Do’s And Don’ts When Attending A Funeral Wake 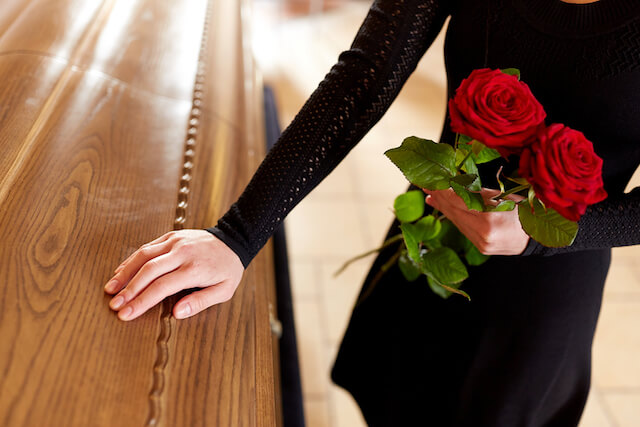 Amid confusion and anguish, attending funeral services may seem too emotionally painful. As with any procession, there are usually unspoken rules on how to behave and the dos and don’ts. Knowing these guidelines will not only ensure that the funeral wake runs smoothly, but you will be inadvertently giving support to the others who are bereaved, even if you are just paying your respects to the deceased. On that note, here are 4 funeral pointers you need to be mindful of.

As funerals take on a more serious and emotional tone, it is advisable that you arrive on time. It can be deemed as disrespectful when you come in late. The chances of interrupting a prayer or speech are also rather high and you wouldn’t want to announce yourself when someone is expressing their heartfelt emotions for the deceased and the family.

It’s best to arrive early – but if you find yourself running late either way, you may want to wait in between speeches or prayers before you enter the venue inconspicuously.

The dress code is also pertinent when you attend a funeral wake. An inappropriate dress may be seen as a sign of disrespect to the family and the deceased. It is thus important to don a neat and modest attire. Your bottoms should always cover the knees, regardless of your gender.

The appropriate colours of your attire may depend on religious beliefs and customs. For instance, it is customary for attendees to wear black to a Christian funeral but this very colour may be deemed inappropriate for a Taoist or Buddhist funeral. For these two religions, mourners are typically dressed in white.

It goes without saying, but be mindful of those who are grieving. It is an emotionally delicate time wherein family and friends are not only mourning for the deceased, but it is also a place where emotions run high and get overwhelming. When speaking to others, exercise tact and caution in your speech and mannerism. Refrain from talking too loudly. Trying to one-up the bond one shares with the deceased may also be seen as something in poor taste.

Instead, convey your condolences and your sympathies, especially to the deceased’s immediate family. Finding the right words is difficult, especially if you’re overwhelmed by grief. Comfort does not come in only in words, but also in actions. Offering a warm hug or a piece of tissue is also enough to convey such sentiments.

If you have any children, it’s best to prep them before going to the funeral wake. Understanding the concept of death, no matter how vague or detailed it is, will allow them to process the heavy atmosphere during the wake. It also drives the importance of behaving appropriately within the premises. If they are too young to understand, you may have to prepare yourself on how to calm them down if they are throwing a tantrum, without causing a distraction to the rest of the attendees and the funeral service.