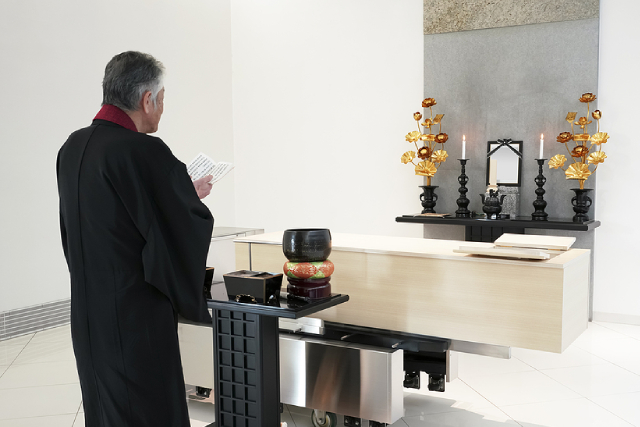 The lifestyle and customs of different religions, and by extension, the religious funeral service, would vary according to their core values and beliefs. In particular, the Soka Gakkai is a Japanese religious movement with its roots in Nichiren Buddhism. Although it is a relatively new religion, there are many loyal practitioners in Singapore.

If you have been invited to attend a Soka funeral service, aside from the expected funeral etiquette to be respectful and sensitive, you may not know what else to expect. With that, here are some funeral customs that the Soka Gakkai practise and the significance behind them.

Members of the Soka Gakkai believe in minimalism and sincerity as the defining traits of their lifestyle. Extravagance, insincerity, contempt, and other transgressions are frowned upon. Hence, a simple funeral service is held to honour and align with humble beliefs.

After the passing, Soka practitioners believe that the deceased’s attainment of enlightenment is a personal, individual process. They fear that an elaborate funeral might reduce the service to a mere formality, losing its original purpose to help the family grieve. Hence, the funeral is kept simple for mourners to reflect genuine sympathy towards the deceased and grieve with the family in a more empathetic manner.

Similar to most Buddhist funerals, a Soka service is usually held in an HDB void deck. The service will last between three to five days, depending on the deceased and their family’s wishes. Additionally, during the funeral service, the deceased will be addressed by their name rather than their given posthumous Buddhist name to ensure intimacy between the grievers and the deceased.

Chanting is an integral part of the service

Chanting the Nam-myoho-renge-kyo is a key part of the Soka funeral. The Nam-myoho-renge-kyo is a Nichiren Buddhist text that seeks to reduce suffering and attain enlightenment. Soka practitioners may also chant the Lotus Sūtra (abbreviated Hok(k)ekyō 法華経), another scripture text. Nichiren Buddhism has proclaimed that frequent, focused chanting will allow a person not only to attain enlightenment, but it will also reveal his inner Buddha state.

The chanting of the Nam-myoho-renge-kyo is usually led by either a Soka Gakkai leader or close family or friends who are also practitioners of the religion. Conversely, rituals and readings in a traditional Buddhist funeral are led by a monk.

Nichiren explained to his followers that the individual could only attain enlightenment or Buddhahood by themselves. Buddhahood is attainable by all as they look inwards. Therefore, Soka funerals do not have a monk or perceive chanting as a ritual. Instead, wholehearted chanting by the leader and members of the service is believed to support the deceased as they are propelled to the pinnacle of enlightenment, the Eagle Peak.

Reconnecting with nature at the end of the service

At the end of the funeral service, either a cremation or burial will be organised, depending on the deceased’s wishes. After cremation, the ashes are either stored in an urn and inside a columbarium or, some Soka practitioners may choose to scatter the ashes of the deceased into the garden or sea.

For example, in Singapore, a sea burial is done at a specific site south of Pulau Semakau. The ashes can also be scattered at the Garden of Peace. These methods are often taken as the Soka Gakkai believes in the ’oneness’ of the believer and his environment, that the deceased receives a chance to reconnect with the universe.

Whether you are a family member of a deceased Soka practitioner or an attendee at a Soka funeral, these are some of the customs you can expect to observe. To understand the funeral process in greater detail, you can also consult a funeral director for more advice and information.

As one of Singapore’s most reputable funeral service providers, at Fairprice Casket, we offer extensive services to help you mourn the life of your loved ones with great respect.