Wake & Funeral Etiquette: 4 Things You Should Keep In Mind 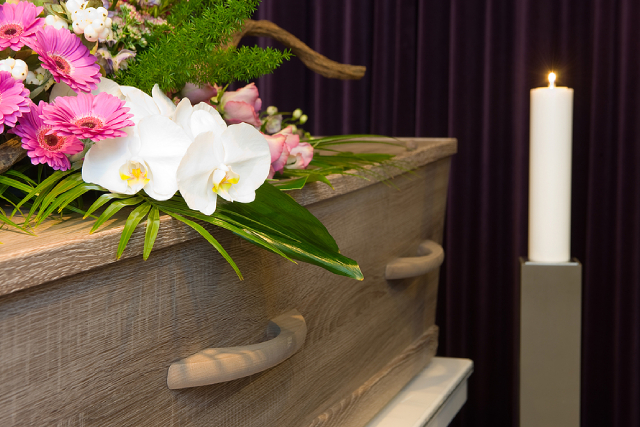 Birth is when life starts, and death is when it ends. Given the solemn nature of funerals, there are things to note for visitors to avoid disrespecting the bereaved family and observe the traditional practices and norms. However, the topic’s sensitivity calls for a certain empathy with what they are going through and support, whether emotional or financial, where needed.

If you are about to attend a funeral service and wish to conduct yourself in a suitable manner, here are four standard wake and funeral etiquettes that you need to observe.

Unlike Western funeral norms, where many come formally dressed, casual wear is usually encouraged when in attendance for funerals in Singapore. On most occasions, a simple and neutral coloured shirt and jeans will do, specifically in white, black, or grey.

It is also crucial that you avoid bright colours such as orange, neon, yellow, and so on – some colours like red also carry representations like happiness and prosperity, which are deemed as inappropriate.

2. Know the funeral setting and pay your respects accordingly

Regardless of your relationship with the deceased, paying respects is encouraged when you attend a funeral. It might be essential to note that depending on the deceased’s religion, the acts or rituals that you have to observe might be different.

For instance, if the deceased is a Christian by faith, rituals may involve lighting a candle and singing hymns at the funeral service. If they observe Chinese beliefs, such as Buddhism or Taoism, you could expect to light an incense and offer it for the peaceful departure of the deceased.

Before arrival, it is best to inform the funeral’s host or a close family member of the deceased so that they can anticipate your arrival. If you happen to arrive while the bereaved are in the middle of a prayer service or ritual, it would be best to sit and wait until it is over before offering your condolences.

Some funerals may involve tokens. Depending on the funeral you’re attending, you might be presented with a red thread by a bereaved family member to ward off any possible “bad luck”. Take it and tie it loosely around your finger. Keep it with you as you exit the funeral but remember to dispose of it before entering your home. This custom is often practised during Chinese funerals with the belief in ancient superstitions, whereby failure to dispose of the string could lead spirits following the living to their homes.

Superstitions in funerals also extend beyond tokens. While you could be used to saying “goodbye” to people upon your departure, avoid doing so at the funeral service as this is believed to be an invitation for the spirit of the deceased to visit you at home.

Religious beliefs aside, funeral services are costly expenses to the family, so it is good practice to lend some support to them financially. In most funerals, you should be able to locate a table with envelopes to insert the bereavement money. You can write down your name and the amount of money you are offering to the family on the envelope.

The amount of money you should give to the family depends on what your finances will allow. As funeral standards don’t have a set rule for how much you should give, decide it willingly from the heart. Another alternative could be an offer to arrange and pay for a portion of the funeral service, such as the coordination of the memorial ceremony and funeral procession.

If you’re looking for funeral services in Singapore, Casket Fairprice is a one-stop funeral service operating since 1993. We have our own in-house funeral parlours, hearses and embalming facilities, amongst our range of funeral services to meet your needs. Whether it’s a Christian or Buddhist funeral, we adhere closely to local funeral traditions and customs while employing modern service methods to provide a dignified tribute for your loved ones.