Must Read: What To Expect At A Catholic funeral? 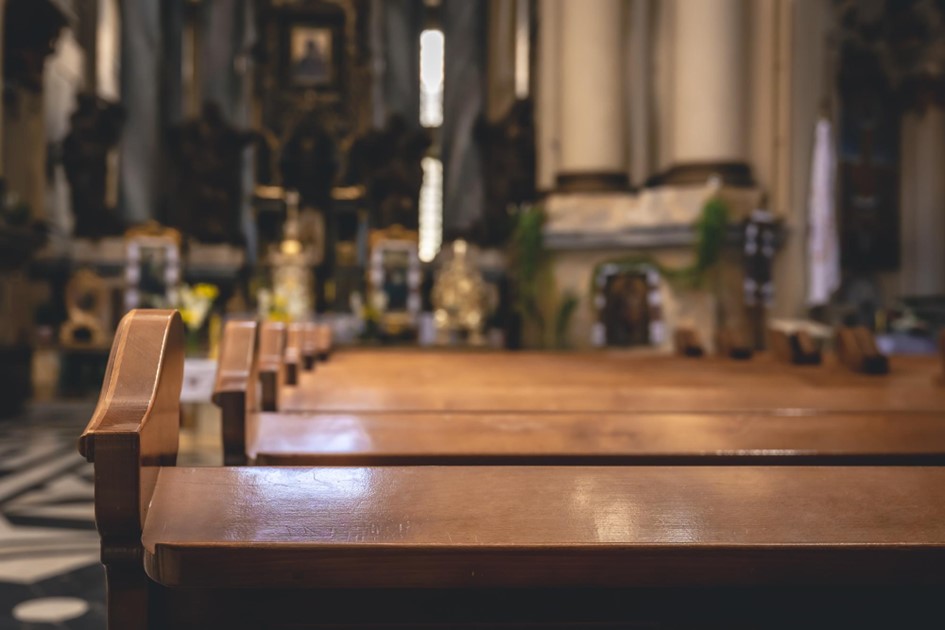 Don’t know what to expect at a catholic funeral? When experiencing anything new, such as a Catholic funeral, it is natural to feel some trepidation; this is especially true when the new experience includes the loss of a loved one. Our job as a funeral home is to be there for our customers and offer them guidance and comfort as they go through this difficult time.

The most important thing is showing up to pay your respects at a funeral, so you can stop worrying about it.

Here’s what to expect at a catholic funeral:

1. What Beliefs Do Catholics Hold Regarding The Afterlife? 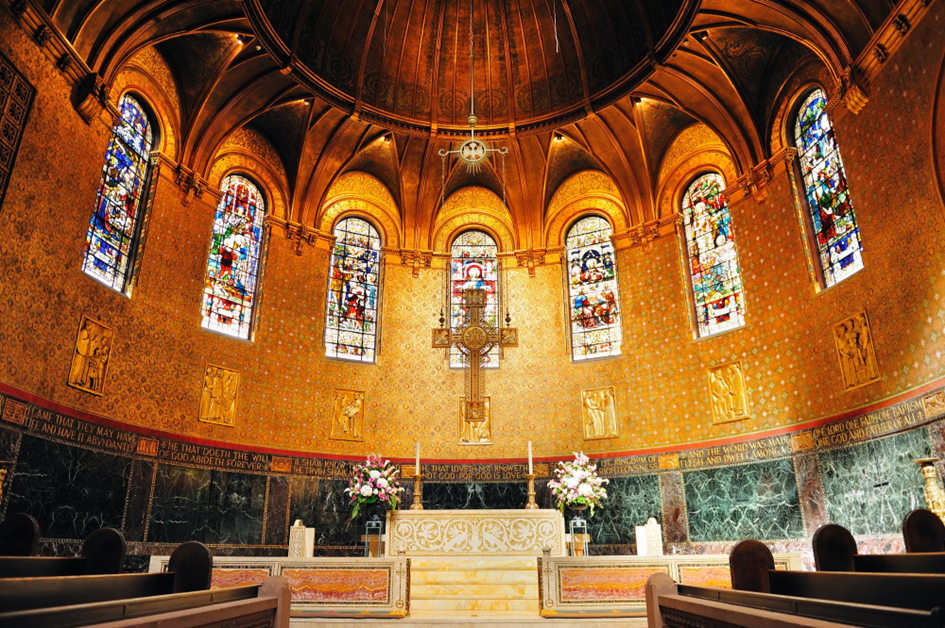 Even though there are numerous orthodoxies within the Catholic faith, they all believe that death is the transition of the soul from the physical world into the hereafter, which might imply that the soul will continue to exist in Heaven, Hell, or Purgatory (a place between heaven and hell). The majority of Catholics believe that when Jesus Christ comes, the dead will be resurrected. 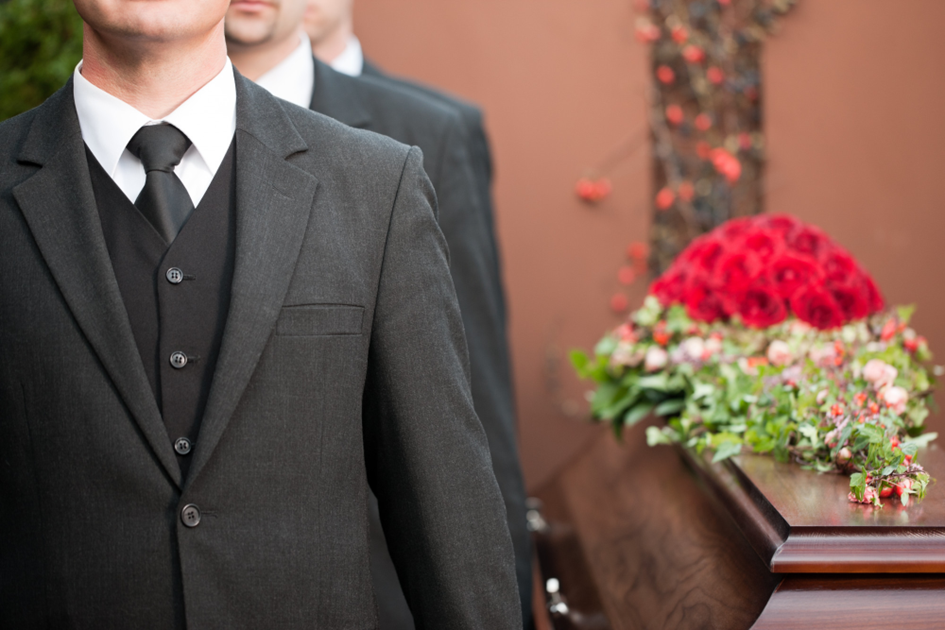 One may say that a Catholic funeral consists of three parts: the Prayer Vigil, the funeral Mass, and the burial.

Again, a Catholic priest will preside over the services, though a deacon may also serve in this capacity. The funeral sermon will be a time to honour the deceased by reflecting on their life.

The night before the funeral, a “Vigil” is often held, which many perceive to be comparable to a viewing or wake, where friends and family come to pray for the departed. This might take place in a funeral home, a church, a person’s home, or even a park.

Typically, a priest conducts and presides over the prayers at the Vigil. Since eulogies are rarely delivered at funerals, the Vigil would be a fitting venue for one.

For devout Catholics, the funeral service is not complete without a Mass and the distribution of Holy Communion to the mourners.

They remember Christ’s crucifixion and resurrection in the most literal sense. The music, prayers, and hymns at a Catholic Mass all add to an experience that can leave you feeling moved.

3. What To Expect At A Catholic Funeral? 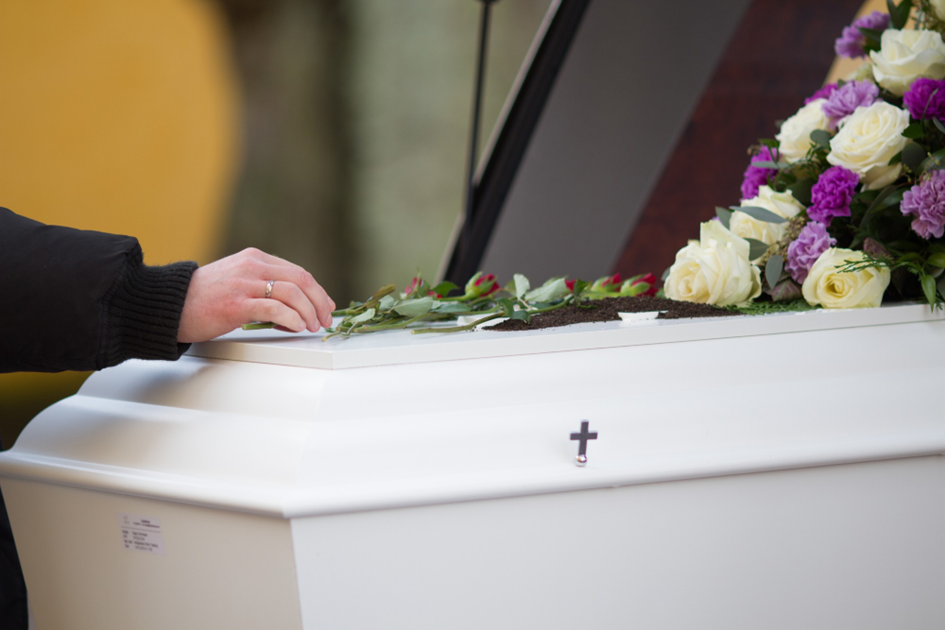 The specific order in which these events occur varies from funeral to funeral, but in general, Catholic funerals adhere to the pattern established by the Catholic Church. Here’s what to expect at each phase of a Catholic burial service.

Reception At The Church

In most churches, the priest will meet and greet all of the grievings outside. Holy water may be sprinkled over the casket by the priest when it is brought into the church before the Mass begins.

Family members receive the coffin at the altar, where a bible or crucifix is placed on top. It is common practice to place memorial items such as mass cards, pictures of the dead, and flowers on a table next to the casket.

Reading During A Catholic Funeral

The priest will usually greet the mourners as they enter the church. The priest may sprinkle holy water over the casket when it is brought into the church before the start of the Mass. A Bible or crucifix may be placed on the coffin by the family at the altar after the service. A table is typically set beside the casket to hold mass cards, photos of the dead, and floral arrangements.

The Eucharist at Catholic Funerals

Many people bring bread and wine to a funeral Mass for the Eucharistic Prayer. Following this, the sacrament of Holy Communion is administered. After Communion, a loved one of the deceased typically offers a brief speech.

After receiving Holy Communion, special prayers are recited for the dead. The priest will usually sprinkle holy water and incense over the casket. The priest will often have the congregation sing a farewell hymn while he sprinkles holy water.

After the funeral mass, the mourners follow the casket to the cemetery. While visiting the grave, the priest offers prayers. The mourners will repeat the Lord’s Prayer after the priest’s blessing.

Conclusion About What To Expect At A Catholic Funeral?

It’s natural to be anxious about anything new, especially when it involves the loss of someone close to you, and attending a Catholic funeral is no exception. It is our job to comfort and guide mourners during this difficult time.

At Casket Fairprice, we can guide you through to a Catholic funeral and our other funeral services such as Buddhist funeral, Christian funeral, Freethinker funeral, Taoist funeral, and Soka funeral.

Frequently Asked Questions About What To Expect At A Funeral?

What Do You Wear To A Catholic Funeral?

The dress code for this event is “black tie optional.” Neither men nor women are expected to wear hats or scarves in worship services these days. In contrast to other Christian ceremonies, it is not common practice for mourners to provide eulogies during Catholic funerals.

How Long Does A Catholic Funeral last?

Catholic burials typically occur three days after death but can occur whenever the family chooses to do so (generally within a week). In the Catholic faith, a priest or deacon will administer the last rites and Holy Communion to a dying person.

An evening before a funeral, a vigil ceremony may be organised to pay respects to the deceased and the family. This event is also known as the receiving of the corpse. Members of the deceased person’s family and friends may assemble here to pray, play music, sing Catholic funeral songs, or offer remarks. The location of this service is not limited to a funeral home or a place of worship; it might even be the home of the deceased.

How to Properly Attend a Catholic Funeral?

Non-Catholics are not required to participate in Holy Communion if they choose not to. Additionally, you have the option of singing Catholic funeral hymns and standing or kneeling with the crowd. Donations to a charity selected by the deceased’s family may also be sent instead of flowers.

Are Catholic Funerals Held Over The Weekend?

Sunday is the only day on which Catholic funerals are not traditionally held. This is because Sundays are considered days of rest and are allocated for regular Catholic services. Contact us at Casket Fairprice to know more about our services.